Find out more about the impact of your gift in the Donors Report 2020/2021 Highlights or login to MyINSEAD to read the full report. 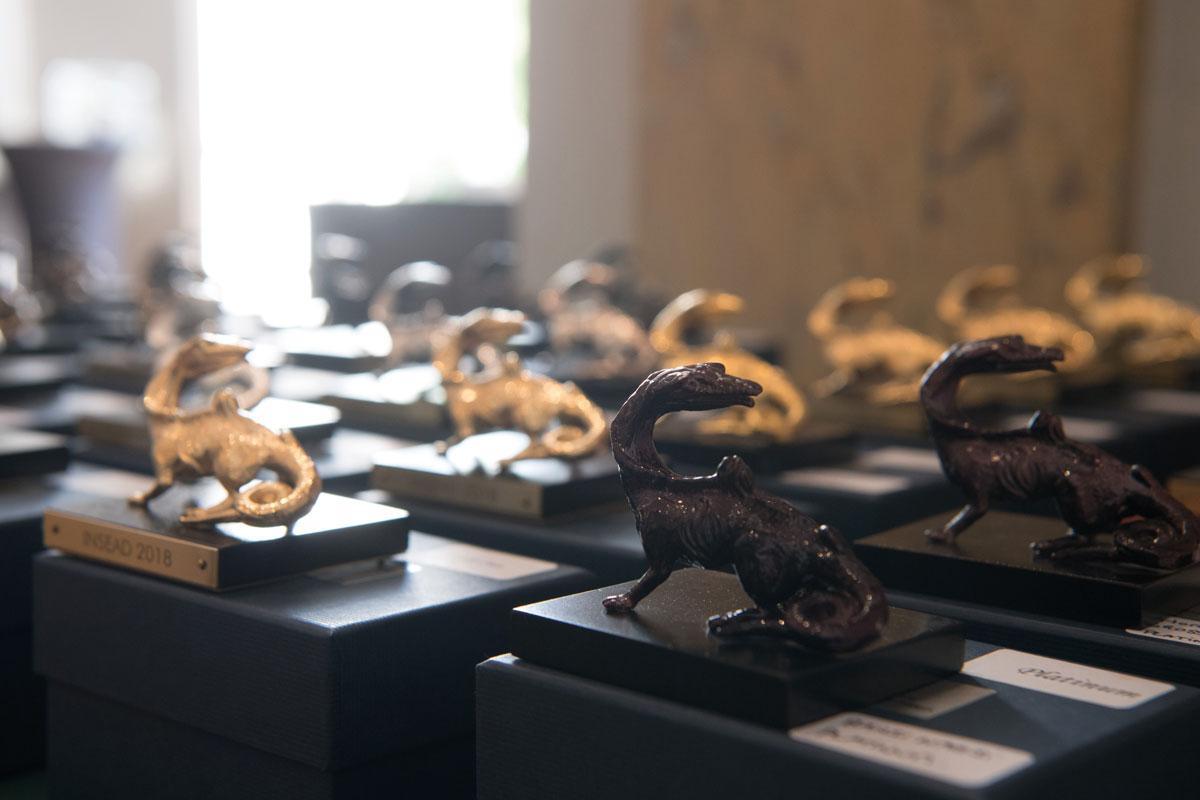 Gifts from our global community of alumni, students, staff and friends are vital to fortifying INSEAD’s mission and ensuring that the school remains a leader in business management education.

We appreciate every gift and have many ways to express gratitude for our donors’ generosity.

The Circle of Patrons recognises alumni, organisations and friends who make outstanding contributions to INSEAD’s advancement.

This is the highest level of distinction through which INSEAD honours these leading supporters whose gifts have enabled transformational developments. Individual donors who contribute €1 million or more and organisations that give €3 million or more become lifetime members of this select Circle. In recognition, the Patrons enjoy special privileges of access and visibility in the INSEAD community.

The school created the Circle of Patrons on 29 September 1995. Its charter members included industry leaders and visionaries who played key roles in INSEAD’s development. This tradition has strengthened over the years.

The Salamander awards celebrate the loyalty of alumni and friends who have supported the school over time.

The Salamander - a legendary creature, famed for its valour and perseverance - was the insignia of King François I. It decorates the Château de Fontainebleau where the first INSEAD classes were held and inspired the INSEAD Alumni Association to choose it as their emblem.

INSEAD recognises Salamander holders on campus donor walls, in the annual Donors Report and at the Dean’s Leadership Receptions.

INSEAD awarded the Salamander statuettes for the first time in 1987 and the pins in 2012. The awards vary according to the giving levels: 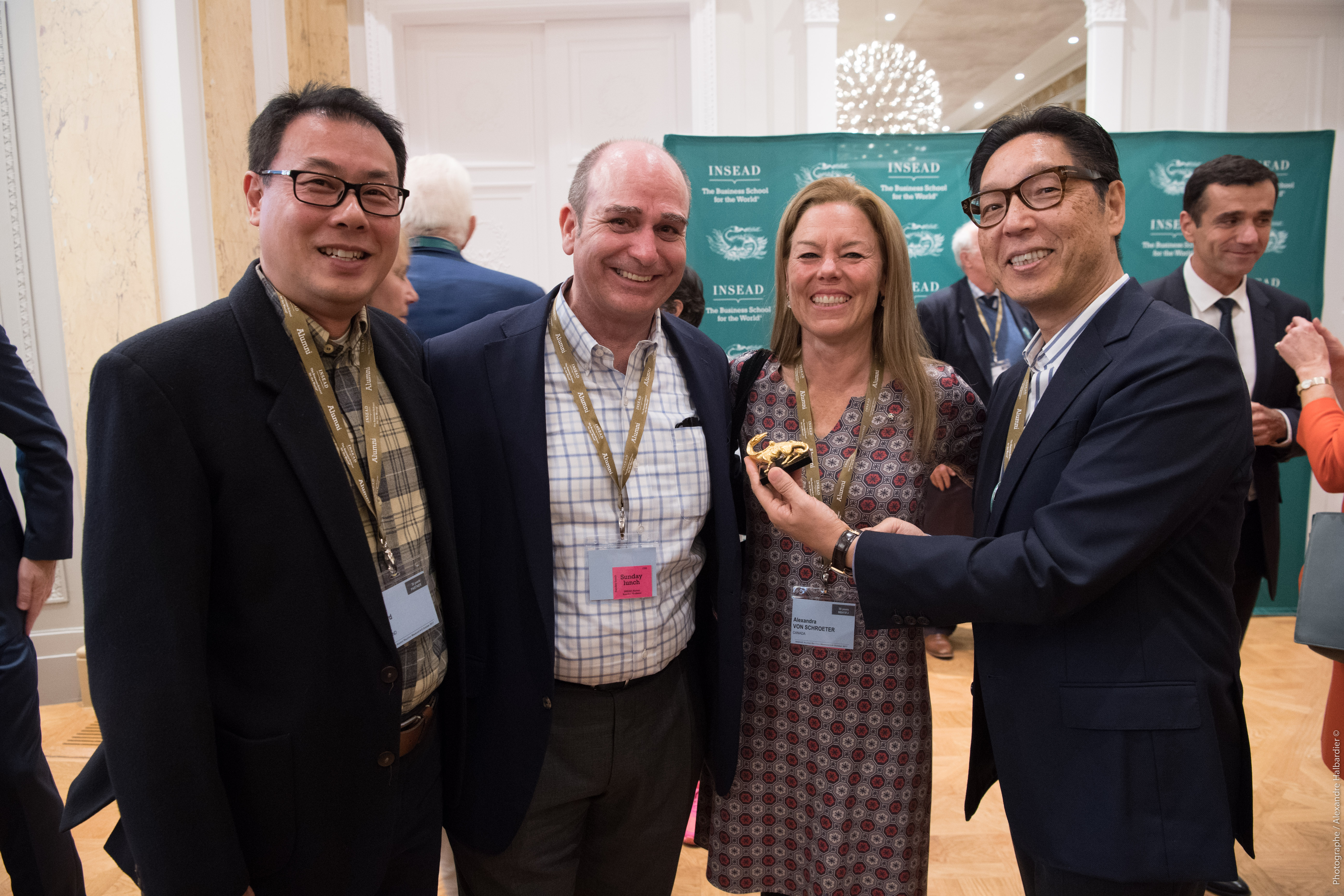 INSEAD alumni with their Salamanders at the Dean’s Leadership Reception.

The Investors Circle was created in 2016 to celebrate annual giving and recognise the school’s most generous donors in any given year.

The INSEAD Investors Circle acknowledges leadership annual giving. Members join a special group of INSEAD friends who collectively help to enhance the school’s excellence every year. Donors who give at any of the levels below are welcomed to the Investors Circle. Recognition in this circle is annual, renewable every year.

*For students and MBA alumni up to 4 years after graduation

“I support INSEAD as a way to thank the school for giving me one of the most unforgettable, informative and life changing years of my life.”

The Georges and Edna Doriot Society recognises legacy donors during their lifetimes.

These gifts are a special source of strength and support for the school’s future, particularly as they underscore the donor’s trust and deep bond with the school. The Georges and Edna Doriot Society members are permanently recognised in the Donors Report, receive regular updates from the school and are invited to exclusive institutional events.

“I chose to make a legacy gift as I wanted an enduring expression of my fondness and high regard for the school and my fellow alumni, and to contribute towards INSEAD’s continued success in the future.”

Meet a few of our recent donors who have made extraordinary gifts to the school.

INSEAD takes your privacy very seriously. For this reason, we inform you that the data is processed electronically for the purpose(s) specified in this form and will not be used outside this framework.

In accordance with the Data Protection Act of 6 January 1978 amended by the GDPR, you are granted statutory rights of access, modification, update, deletion and limitation of treatment of your personal data. You may exercise these rights at any time by writing or sending an email to INSEAD at [email protected]. You have the right, on legitimate grounds, to object to the collection and processing of your personal information. For more information, please see our privacy policy.