Pascaline Servan-Schreiber and Kevin Ryan, both MBA’90D, are Founding Patrons of the INSEAD San Francisco Hub 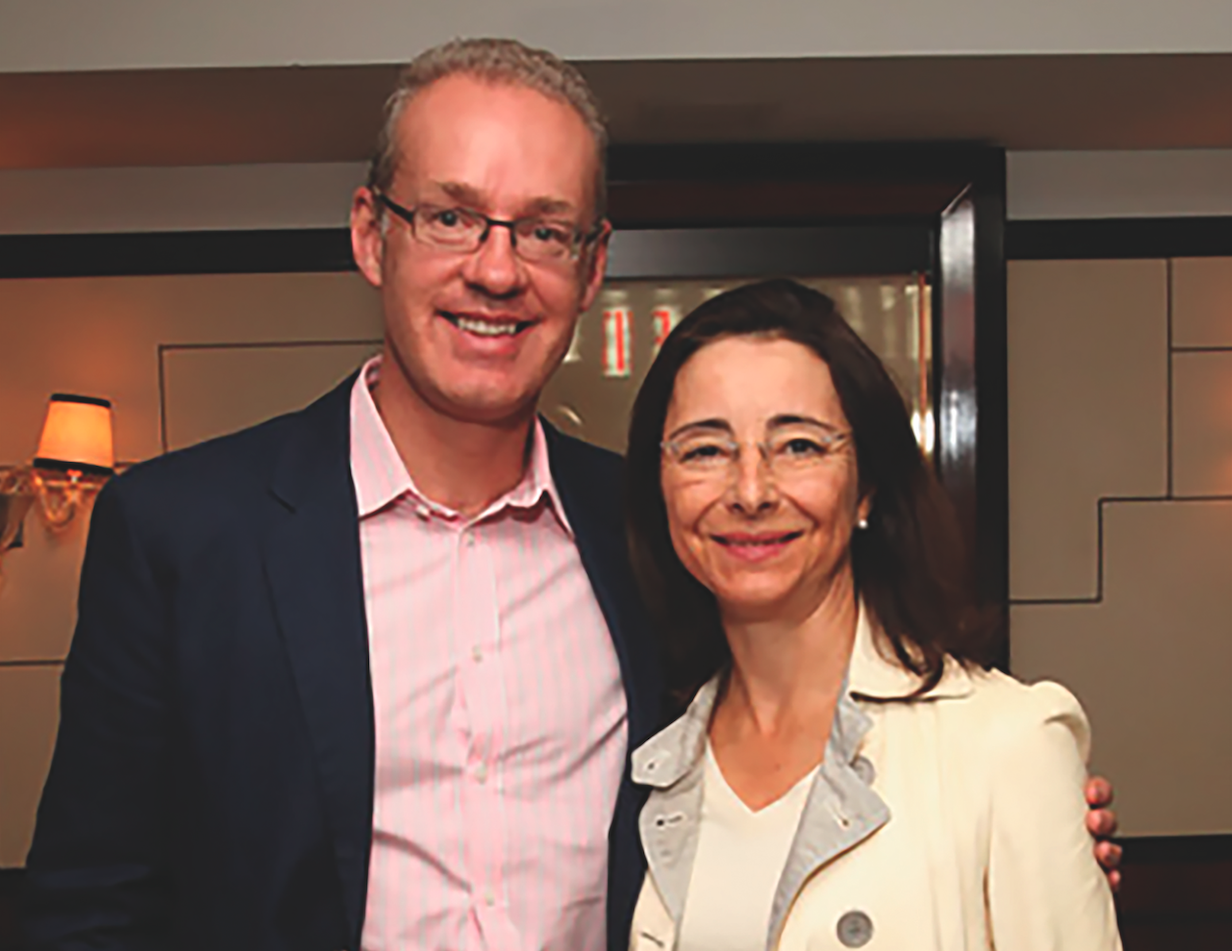 Two key members of that founding group, Pascaline Servan-Schreiber and Kevin Ryan, both MBA’90D, met at INSEAD.  Together, their work has influenced growth and change across a wide variety of business domains.

Servan-Schreiber is a business developer in media, publishing, technology and internet start-ups.  Her work in education, health care and human rights is a story of engagement and generosity that transcends seemingly insurmountable boundaries. In her current role as Vice President for Business Development at University of the People, the first tuition-free, not-for-profit accredited American online university, she focuses on offering its educational services to underserved populations, including refugees. Through her work in the mountain villages of Nepal, she brought one-on-one healthcare to isolated individuals. In her award-winning documentary film ‘The C WORD’, she advocated the importance of a healthy lifestyle in preventing and combatting cancer. Servan-Schreiber is a founding member of the Paris Committee of Human Rights Watch and sits on the Advisory Committee of the Women’s Rights Division. For these and many other accomplishments, she was elected ‘INSEADer of the Month’ in March 2017.

Ryan is widely recognised as one of the most influential business people in the world. As president and CEO of DoubleClick, he grew a 20-person start-up into a publicly-traded company with over 1,500 employees. He has since founded and led several companies, including MongoDB, Zola, Business Insider Gilt Groupe and Nomad Health. Today, Ryan continues to found and invest in companies through his group of affiliated companies AlleyCorp. Combined, these companies have raised more than $1 billion in venture capital funding and employed over 3,000 people. In 2013, Kevin was named one of “The 100 Most Influential New Yorkers of the Past 25 Years” by the Observer.  He led the US Alumni Association, served on the INSEAD Board of Directors, and volunteered as a speaker on more than one occasion. In 2018, INSEAD awarded Ryan the INSEAD Alumni Global Entrepreneurship Award.

Both Ryan and Servan-Schreiber have consistently supported the school’s efforts to raise brand awareness and increase our activities in North America, actively promoting our role as The Business School for the World. When we embarked on this exciting new leg of our journey to bring INSEAD to North America, Ryan and Servan-Schreiber naturally stepped forward to support the school with a major gift.

We are delighted to recognize them as Founding Patrons of the INSEAD San Francisco Hub.