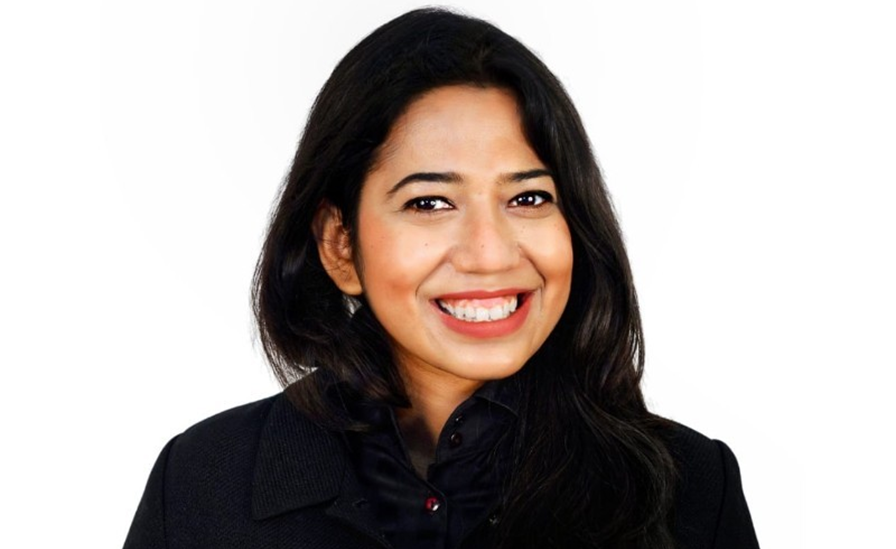 An engineer with a passion for innovation and social change, Shivangi Saxena MBA'22D had already proven herself capable of impact by the time she set her sights on INSEAD. In fact, she came to INSEAD with a history of achievements and is grateful for the generosity of INSEAD donors.

Shivangi's undergraduate studies at NSIT, University of Delhi, immersed her in the problem-solving power of data science and machine learning. "Tinkering around taught me that innovation, powered by technology, is 'sans frontières' — it can come from anywhere," Shivangi says. By the time she graduated, Shivangi's experimentation had resulted in a project to detect glaucoma using retinal images and computer vision, funded by the Government of India.

One step led to another: Shivangi worked on the team that deployed the first big data project for one of world's largest biotech firms. Then, in a bid to challenge herself, she joined the Government of India, NITI Aayog, becoming one of the first lateral hires to the organisation headed by India's Prime Minister. Expanding her horizons, Shivangi joined the World Bank, where she worked on projects related to transport, climate, health and education, with a focus on the inclusion of women and vulnerable Indian tribes.

Before coming to INSEAD, she joined Theia Ventures and worked on identifying investment opportunities in renewable energy, sustainable textiles, and electric mobility.

As someone dedicated to challenging the status quo, Shivangi knew she would need more than her engineering degree and early career experiences to be a true change agent. To deepen her impact, Shivangi would need a world-class MBA education, one that would resonate with her values while honing her leadership and negotiation skills.

As she surveys the horizon beyond INSEAD, Shivangi is as committed as ever to working in sustainability. She spent her summers working for the Sustainable Infrastructure Fund at Octopus Investments.

Shivangi plans to honour the scholarship that is making her future impact possible. "I hope to pay it forward by continuing the tradition and upholding the 'Force for Good' spirit of INSEAD," she says.