A Class Act: Making a Difference as a Class 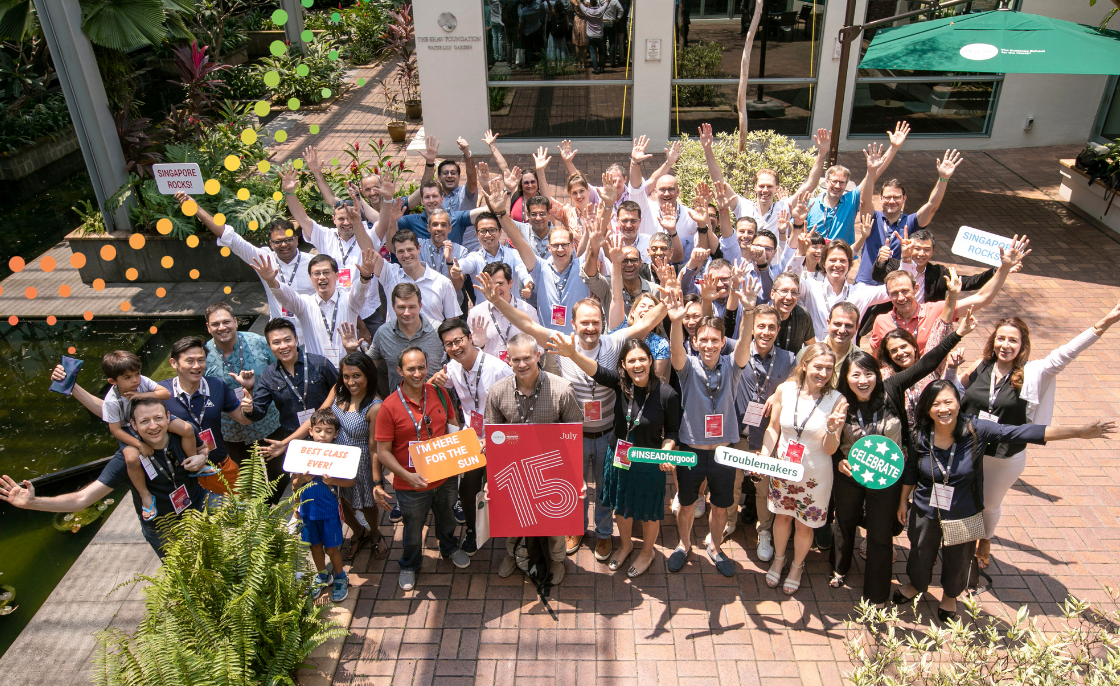 This past year saw many of you come together to show your class spirit in support of INSEAD through your class gift. Here are just a few stories of how you and your INSEAD classmates have made a difference.

These incredible results were facilitated by a large and active Social and Fund Committee of 18 classmates led by Class Gift Chair Reem Al Rasheed MBA'04J. Speaking after the fundraising campaign, Reem said that the team built momentum by targeted WhatsApp messages a month prior and by encouraging those who had donated to spread the word as well. She said the biggest motivators for giving included scholarships for those in need, helping the school to continue to be a force for good in the world and boosting the school’s ranking.

Another class that made a huge impact was MBA’07J. Together, they achieved a participation rate of 23% for this year’s re-envisioned Giving Day, making them the top class for participation! Meanwhile, the Class of MBA’99J continued fundraising after having celebrated their 20th reunion in 2019 and, alongside the Classes of MBA’00J, '75J, and '09J, were among the classes with the highest participation rate for Giving Day. These classes – like many others – remain close; strong solidarity no doubt contributing to their success during Giving Day.

Such gifts are testament to the unique strength of the global INSEAD alumni community, especially in such a challenging year as this one. They will go a long way in enabling future students to have the same one-of-a-kind INSEAD experience and helping to advance our mission as a force for good. Thank you to each and every one of you for your steadfast support.