A brief history of INSEAD: Dean Mihov reflects on the school's first 60 years 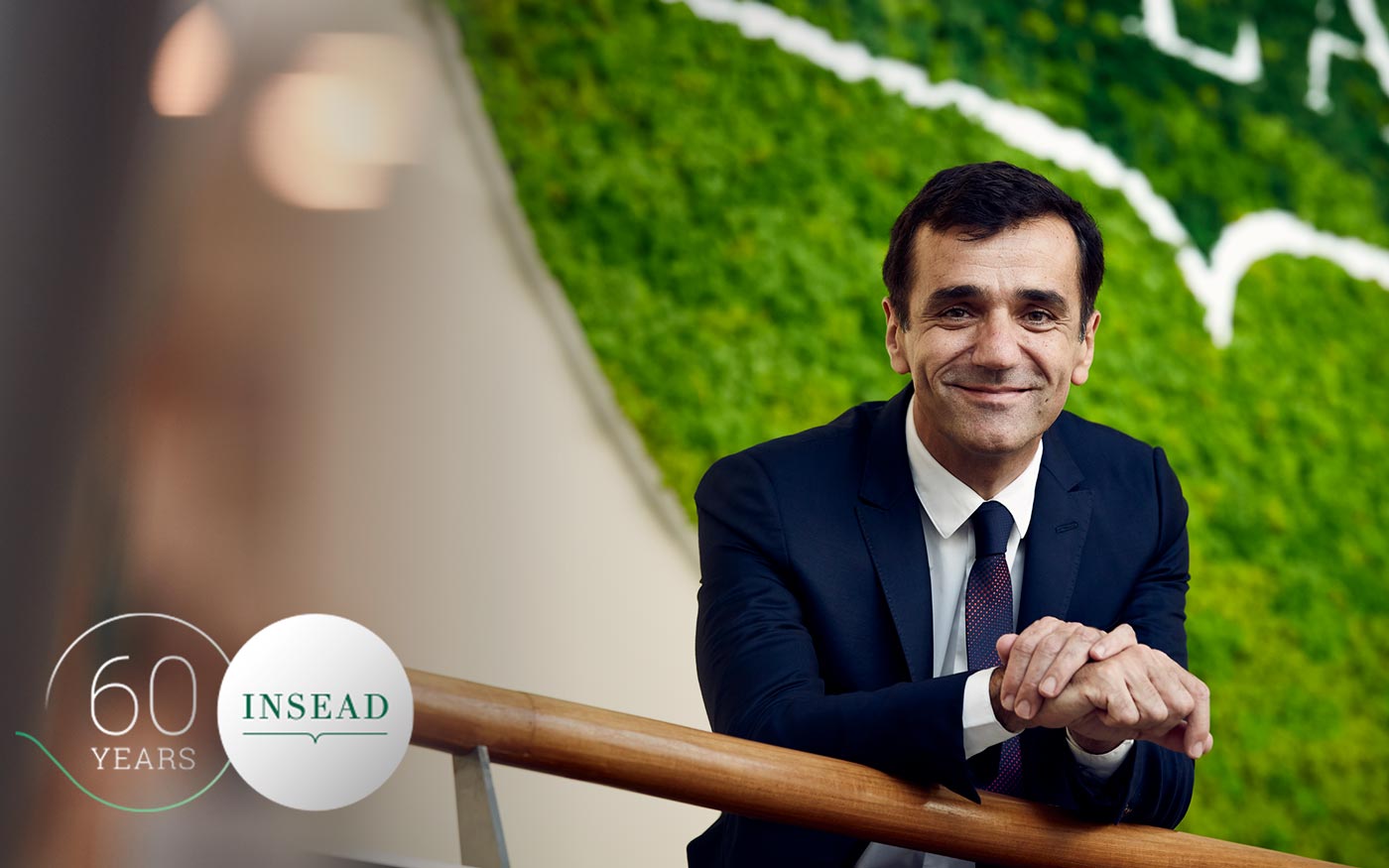 INSEAD Founder Georges Doriot once told the Paris Chamber of Commerce that “anniversaries should not merely be times for reminiscence and self-satisfaction, but opportunities to think about the future.”

In many respects, I agree with this sentiment. It is why we have devoted much of INSEAD’s 60th anniversary to thinking about our school’s next chapter and the future of business and society. However, I also believe it is appropriate to use anniversaries to revisit the past and remember where we came from.

This is not for nostalgic reasons. It is to prevent us from losing sight of our fundamental purpose and remind us of our responsibilities as a global institution. It is to ensure that our raison d’etre does not fall into the background but guides us going forward.

To that end, let’s take a moment to step back in history.

The year is 1957. Europeans are living under the apocalyptic threat of the Cold War. Many are still reeling from the destruction of the Second World War. But a growing segment of the population is beginning to develop a sense of optimism and a desire for reconciliation.

Doriot, a renowned professor from Harvard Business School and pioneer in the venture capital industry, is among these optimists. He envisions the creation of an international business school that would bring people together and use business as a lever for peace and prosperity. He begins to develop plans for an institution that could both stimulate economic growth and inspire cooperation across Europe.

In hindsight, Doriot’s timing was nearly perfect. In March 1957, the signing of the Treaty of Rome established the European Economic Community, an organisation that aimed to facilitate economic integration among its member states. This landmark event encouraged the Paris Chamber of Commerce to support Doriot’s proposal to create a European business school.

Three months later, the Institut Européen d'Administration des Affaires (European Institute of Business Administration, abbreviated as INSEAD) was officially established in France. Jean Marcou, Chairman of the Paris Chamber of Commerce, was named Founder-Chairman of INSEAD. The following year, Willem Posthumus Meyjes was appointed Director General to lead the opening of the school. He was joined by Director of Studies Olivier Giscard d’Estaing, who was responsible for laying the school’s foundation of academic excellence. These individuals and other supporters of INSEAD were considered some of the most influential leaders of their time. As the New York Herald Tribune wrote, “The list of those who have given their support and assistance [to INSEAD] … includes the names of virtually everyone who has been prominent in the post-war integration of Europe.”

On 12 September 1959, INSEAD opened its doors in the historic Château de Fontainebleau in Fontainebleau. The first intake was small, comprising only 57 students, and was led by a meagre staff of faculty and administrators. But the “participants,” as they were called, were exceptionally dedicated to INSEAD’s mission and vision. Like Doriot, they believed that business could succeed where politics had failed. They affirmed that Europe needed what INSEAD offered: a revolutionary model for management education that was international, independent, diverse, close to business and propelled forward by entrepreneurial spirit.

The founding of INSEAD garnered international attention, which inspired both sceptics and supporters. U.S. President Dwight D. Eisenhower was among the latter. On 9 October 1959, the day of INSEAD’s inauguration, Doriot received a letter signed by Eisenhower that stated, “This institute… is destined to play a creative role in the economic affairs of Europe and the world.”

The realities of today

Today, INSEAD’s vision endures. We believe now, as Doriot did back in 1957, that business can and must serve as a force for good.

What has changed is our potential for impact — which has grown exponentially, thanks to the tremendous expansion of our school and alumni community. We now have three campuses in Europe, Asia and the Middle East, and will soon open our fourth location in North America. We now have more than 60,000 alumni in our network, representing 175 countries around the world. We now have programmes for MBA students, EMBA students, Executive Education participants, online learners and more.

Just as in 1957, today’s global society is grappling with a number of difficult challenges, from climate change to geopolitical conflicts to widespread inequality. For our part, INSEAD is dedicated to preparing more leaders to face those challenges with courage and conviction. The Campaign for INSEAD aims to amplify this work. With this ambitious, €250 million capital campaign, we hope to raise funds to drive ground-breaking research, transform management practices and develop the next generation of values-based leaders. We recognise that, in these tumultuous times, the world cannot wait for change. We have to lead it.

Doriot always hoped that INSEAD would have a transformative impact on business and society. For more than 60 years, it has — all due to the tireless dedication of our global community. I know that, together, we will carry this legacy forward.

It’s time to write INSEAD’s next chapter. But let’s do more than that. Let’s make history.