Caught in War; Rescued by Kindness 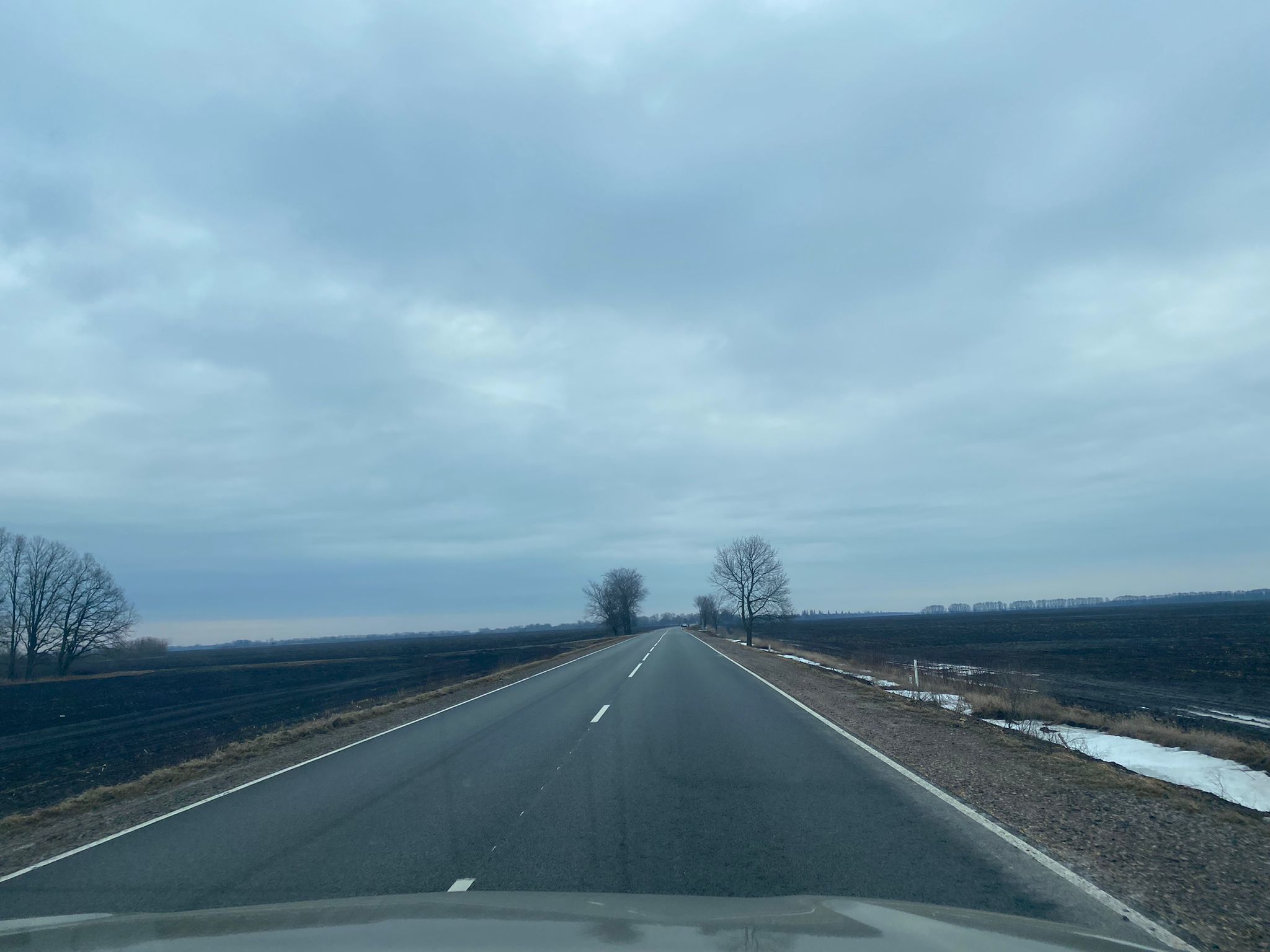 Peace amdist chaos: Alla’s long journey through the Ukrainan countryside as she fled to safety
Share

A personal story by Alla Gancz, MBA'01J demonstrating the unbreakable bonds of the INSEAD community and how it helped her as war broke out in Ukraine

My name is Alla Gancz, MBA’01J. I am a British national, who was born, and grew up in, Ukraine. The week commencing 21 February 2022 was a week I will never forget for three main reasons:

My father passed away on 20 February unexpectedly. I was very close to my father and admired him greatly; he meant the world to me and this was a tremendous loss for me. I flew to Ukraine on Tuesday to attend the funeral and to say one last goodbye to the man who meant so much to me. I knew this was a risk, but my grief was blindingly strong.

The funeral took place on the morning of Wednesday 23 February and I spent the afternoon with my family grieving and accepting that my dad was no longer with us. I was scheduled to fly back to London on Thursday 24 February.

On the morning of Thursday 24 February, I was awoken by the sound of air raid sirens, which I had not heard since my childhood. Growing up in the Soviet Union during the Cold War era, we permanently feared an attack from the West (America) and had regular drills in which sirens would sound and we would take cover in the school bunkers. This was a regular exercise.

The news confirmed my worst fears; the Russian invasion had begun and I was overwhelmed with confusion despite understanding the situation. I guess, naively, we all hoped that common sense would prevail.

My Journey Towards the West

My brother was due to collect me at 6.30am to take me to Boryspil International airport in Kiev but we knew that was no longer possible; there was no easy way to leave Ukraine. I deeply regretted not taking the advice of my husband and flying out the night before on alternative flights that he had booked for me. He had warned me that armies always move at first light.

At 7am that morning my brother insisted, against the advice of the British Embassy, on driving me to the western border with Romania or Poland so that I could return to my family in the UK. As it turns out this was the right call.

We knew we needed to find the safest route to avoid Russian missiles and bombs so decided to head towards the center of Ukraine, keeping to the countryside and wide open areas. Not long after we left, the Ukrainian border guards north of Chernihiv were attacked and my relatives witnessed Russian tanks and troop carriers crossing the border.

At this point I was in despair and made a heartbreaking call for help to Cristina, an old friend from INSEAD, to look after my children should something happen to me. Help and support arrived immediately as the wider INSEAD family across the world was instantly engaged and effectively became my guiding light throughout the journey.

We travelled south towards Nizhyn and then towards Kaniv, keeping distance from airfields, military bases and communication centers. Once we were through the checkpoint at Kaniv, we headed west towards Vinnytsia and then Chernivtsi.

I didn’t really have a plan or know where I was heading or which border I was going to cross, but Team INSEAD gave me guidance and sound advice.

John from the USA offered to connect me with his friend Max (the name has been changed to protect him) living in Chernivtsi, who would go on to welcome me and take me to the border crossing, and then accommodate my brother for as long as he needed.

Fernanda, a Brazilian living in Germany, got me in touch with Iona, a Romanian lady living in Germany, who explained that Siret, a border town, was the best place to cross from Ukraine and that it was very close to Suceava International airport (with direct flights to London). WanMay, who lives in Singapore, booked hotel rooms in Romania for me so that I would have somewhere to rest after the crossing.

Cristina and Agata from Spain; Yashish from India; Ketil and Kim from Norway; Clementina from Portugal; Gabriela from Peru; Anna from Sweden; and so many others provided practical advice. Tatiana from Russia found a flight for me. Espen from Norway and Lisa from Canada provided administrative support. INSEAD alumni in Romania were put on standby to come to my rescue on the ground, if it came to that, and dozens more (too many to name) provided the company and emotional warmth and support that carried me on.

The response was truly heartwarming and coming in from all different corners of the world. The support from family, friends, people I had never met, the messages of encouragement I received, the advice that was given, were all a lifeline.

Driving at night (especially the last two hours) was the hardest; we were both very tired and it was pitch black. We kept singing just to stay awake and move forward.

Around 3am, Max greeted us in his flat, where my brother was able to get some sleep and I swapped cars and headed towards the border. There was a long queue of cars waiting to cross, so we had to walk the last few kilometers. There was a small group of young people waiting to enter the passport control area. It was freezing cold at -4 degrees Celcius, but luckily I did not have to wait long, and entered within 20 minutes.

Within a few minutes, at about 5am, I was on the other side of the border and on Romanian soil, where I was greeted by the warmest of hugs from Romanian volunteers who offered hot tea, food and water. I could hold back my emotions no longer; the relief was unbelievable. It was the best tea I’d ever had! My next challenge was to find a place to sleep and reach the hotel. There were buses taking people and one of the local teams offered to give me a lift to my hotel in Suceava. It was a small guest house, but a bed had never looked so inviting.

Coming home was emotional; I was happy and grateful to be reunited with my children and my husband. We should never take for granted our peaceful skies and freedom.

Kindness and Compassion; Solidarity and Humanity

As I look back, I am simply overwhelmed by the power of kindness, love and support shown by my family, friends and people I had never even met before.

I owe my biggest gratitude to my brother Igor, who is an absolute superhero. He drove for 21 hours without rest to ensure I could leave the country unharmed to get back to my family. He did this without hesitation or consideration towards his own safety, knowing he would have to take alone the most dangerous of return journeys back home to his wife and children and knowing that he would be taking up arms and fighting for his country.

I am also forever grateful to the INSEAD community and their extraordinary engagement; the kindness beyond what I could have hoped for of Max and his wife; and for the compassion of the Romanian volunteers – all a lesson of solidarity and humanity that cannot be forgotten.

With regard to my personal journey, I could have never imagined what can transpire in such a short time, and how helpless one feels in the face of such events and yet how strong one can be — especially with such unwavering support.

I feel so grateful and privileged to be part of the international community without barriers that is the INSEAD world. Mind-blowing really, how so many pulled together in such a short time to lend support, practical help and love! You are all incredible!

This is a story of humanity and solidarity across borders, which is the way the world should be and, for the most part, actually is or wants to be.